Board Minutes
Board Application 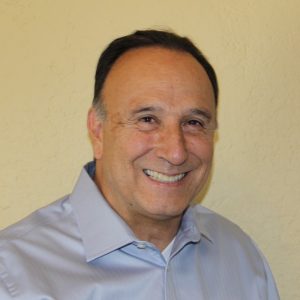 He serves as the VAH Program Executive Director to offer secure, affordable, transitional housing for At-Risk and Homeless Working and Student Veterans. He oversees the day to day planning, operations, management, liaison and promotion of the organization. His life experience includes present employment as a Consultant to the San Francisco Pre-Trial Diversion Program as a Batterers Intervention Program group facilitator. Currently employment as an Adjunct Instructor at Los Medanos College in the Administration of Justice Department teaching Introduction to Corrections and Criminal Investigations courses. Former Vocational Rehabilitation Specialist with the Department of Veterans Affairs, with the Compensated Work Therapy program. Additional duties included managing the Batterers Intervention Program, A Ease, as the group facilitator. He retired as a Chief Warrant Officer III – Intelligence Technician, U.S. Army Reserves. He retired as a Deputy Sheriff from the San Francisco Sheriff’s Office, with collateral duties as a department trainer. He also is a former consultant and private provider to law enforcement agencies regarding officer involved Domestic Violence and Conflict Management. 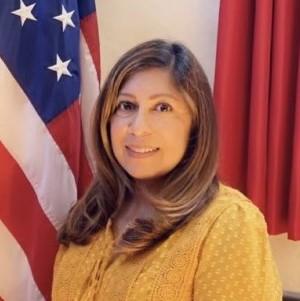 Nubia Ramirez - VAH Board of Directors

Her professional experience includes present employment with Security Industries Specialists, she serves as an Off-Duty Officer (ODO) and worked as the Off Duty Officer Coordinator, managing and supervising ODOs assigned to Northern California commercial and retail establishments. She retired from the Contra Costa County Sheriff’s Office as a Sergeant. She supervised in Patrol; worked in Background Investigations for Sheriff Recruits and as a Detective investigating sexual assault cases. She was a supervisor at the Contra Costa County Detention Facilities. She Served as a Department Trainer in the academy instructing recruits. She worked as an Officer for the Town of Danville in Youth Services. She served in the Terrorism Early Warning Group/Homeland Security; participated in Inter-Based Problem Solving Committees developing solutions for Problems within the workplace.. 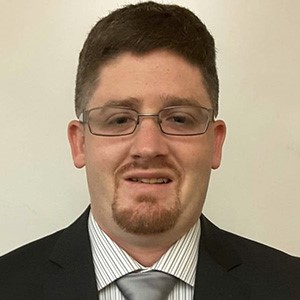 Matthew Smith - VAH Board of Directors

Matthew Smith is a veteran advocate who is currently completing a Master’s in Social Work degree at the University of California Berkeley. He has experience in non-profit management, philanthropic activities, and community engagement. His future plans include pursuing a career working as a mental health practitioner and one day earning his license to practice clinical social work within the Department of Veteran Affairs. 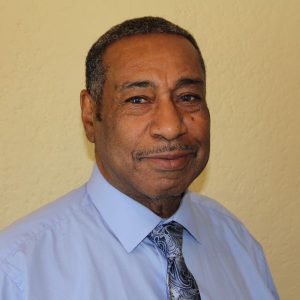 Jimmy Hildreth - VAH Board of Directors

Jimmy has a long history of helping fellow veterans. He started his journey with the U.S. Army, Infantry, Viet Nam era. As an Honorably-discharged Veteran, he currently works with the San Francisco Veterans Affairs as a Peer Support Specialist. He manages a caseload that includes assist Veterans to establish and maintain housing; provides individual and group counseling for substance recovery. He worked in the SFVA AmeriCorps program, where he worked with homeless Veterans; conducted outreach services, met Veterans in the community and provided them with information about VA services to help combat homelessness. As a member of the interdisciplinary treatment team, he facilitated group-based and individual interventions to move them toward Wellness and Recovery. He modeled recovery by example. He started his work with the VA through the Palo Alto Health Care System, where he worked in Food Services caring for the nutritional needs of patients and staff. 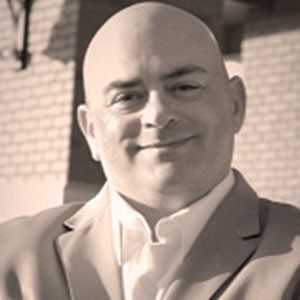 Damon Mathews - VAH Board of Directors

Damon Mathews was medically retired from service January 2016. His military experience spans two branches of service. He served 10 years in the US Marine Corps. His first assignment was with the Presidential Honor Guard Detachment in Washington DC. After his tour in DC He went on to serve in the Fleet Marine Force and augmented with Marine Security Forces until 1999.

In 1999 He left the Marine Corps and was hired at Lawrence Livermore National Laboratory as part of the Dept. of Energy Special Response Team. While serving at LLNL, he was promoted to SRT Instructor and then transitioned into the Conflict Simulations Lab as an Analyst and computer modeler

In June of 2001 He left the Marines Corps Reserve and transferred to the Army Reserves. As a Reservist he served with multiple local, state and federal law enforcement agencies till 2017. He has been deployed in multiple combat operations and peace keeping missions. Out of 17 years of Reserve time, he was active duty for over 10 years of his reserve time. 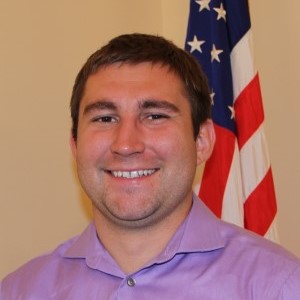 Christopher Capdevielle - VAH Board of Directors

Chris served in the United States Marine Corps Reserve from 2012 to 2018, the majority of his enlistment was spent as an Infantry Marine, and in the last two years he was assigned additional roles in operational support for the Company staff. During his enlistment he pursued two degrees from his alma mater, San Francisco State University. His Bachelors in Political Science is centered around community organizing.

After college Chris worked primarily in the tax field and gained some experience with property management, until pivoting to San Francisco’s burgeoning tech field. While working in tech he helped develop smoother operational and training practices in addition to his technical duties. His technical background is centered around Computer Networks and Operating Systems. 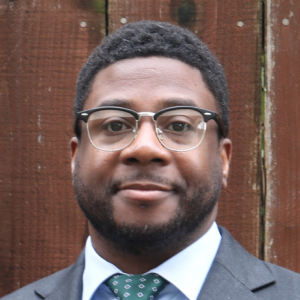 Eric Graham - VAH Board of Directors

Served six years in the Air Force from 2001-2007. Associates degrees in Political Science & Economics Santa Barbara City College. Management Science & Engineering Stanford University, Bachelor’s degree Political Science & Economics. UC Berkeley. Employed in the finance Associate at Morgan Stanley. Activities primarily centered on Veterans Services: Twoyears as the Chairman of Corporate Outreach for the Cal Veterans Group at UC Berkeley. Presidio Trust in San Francisco. The common theme of these organizations is the idea that although there are various organizations that are designed to help veterans. 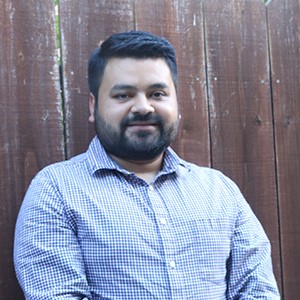 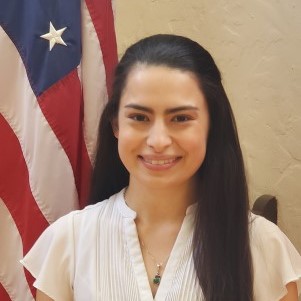 Sophia Augilera - VAH BOARD OF DIRECTORS

Sophia is passionate about empowering her clients and supporting them to improve their quality of life. She has extensive experience in providing case management and trauma informed care in a variety of settings. Her professional experience spans from managing non-profit programs for individuals with epilepsy, providing bereavement support to families, and facilitating individual and group counseling with students. Sophia is also an intern with the Department of Veterans Affairs Social Services Department. 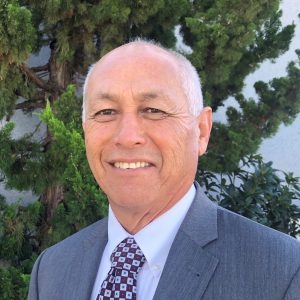 Carlos Mendoza - VAH BOARD OF DIRECTORS

Carlos Mendoza enlisted in the U.S. Army in 1971 (Vietnam Era), and following his family tradition, enlisted as a paratrooper. While in the Army, he worked for and received his GED (General Educational Development). He served as a Bus Driver, Cannoneer (light artillery), Cook, Postal Worker, and a General’s Driver. However, what he really loved was his time jumping out of Hewey and Chinook helicopters, C-130’s, and C-141’s. After the military, he went from job to job until he found his life’s vocation in the Juvenile Justice System. Within the county probation department he worked as a Probation Counselor for 25+ years in the following capacities: Interpreter; MAB (Managing Assaultive Behavior) Instructor; Court Liason; Home Supervision/Electronic Monitoring Staff Member; and Institutional Supervisor. Upon retirement, Carlos was asked to create a program for enhanced vocational opportunities for incarcerated minors, which included construction, groundskeeping, furniture construction, and general woodworking. Participation in this program has resulted in jobs and union enrollment for some of the participants after incarceration. This program was in full swing until the start of the pandemic, but will resume in the near future. 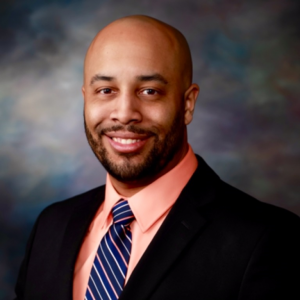 Marcus Banks-Bey - VAH BOARD OF DIRECTORS 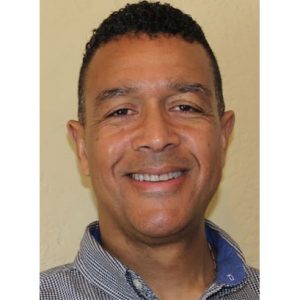 James McMurry - VAH Board of Directors